WTB (Wire Train Bus) is a fundamental element of communication between vehicles as part of the Train Communication Network (TCN). It provides the inter-operability between various vehicles (in accordance with IEC61375-1).

The uniqueness of the WTB node (also so-called communication gateway) solution developed by AMiT lies in simultaneous interconnection of up to 3 types of local communications within a single vehicle:

The WTB and MVB lines are doubled. The Ethernet is attached through a robust M12 connector, while a bus allows the concatenated connection.

AMiT’s WTB gateway is available in two versions – compact (a standalone device) and modular (a subrack card) ones. The modular version is based on the subrack concept of RAVA TCMS, which makes the redundancy solution feasible on the level of WTB gateway and power supply, which increases substantially the reliability and functionality of communication node.

To download this file, you must provide your email address 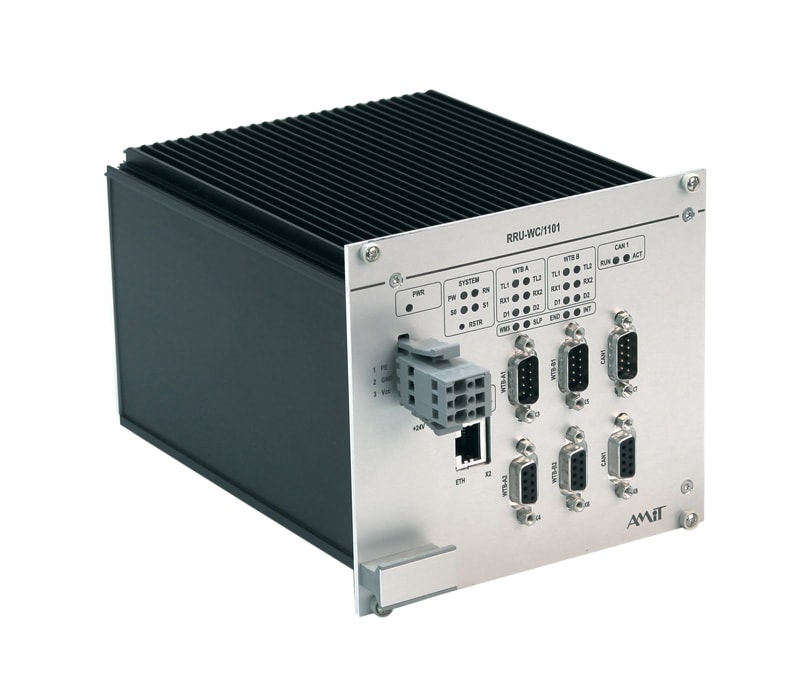 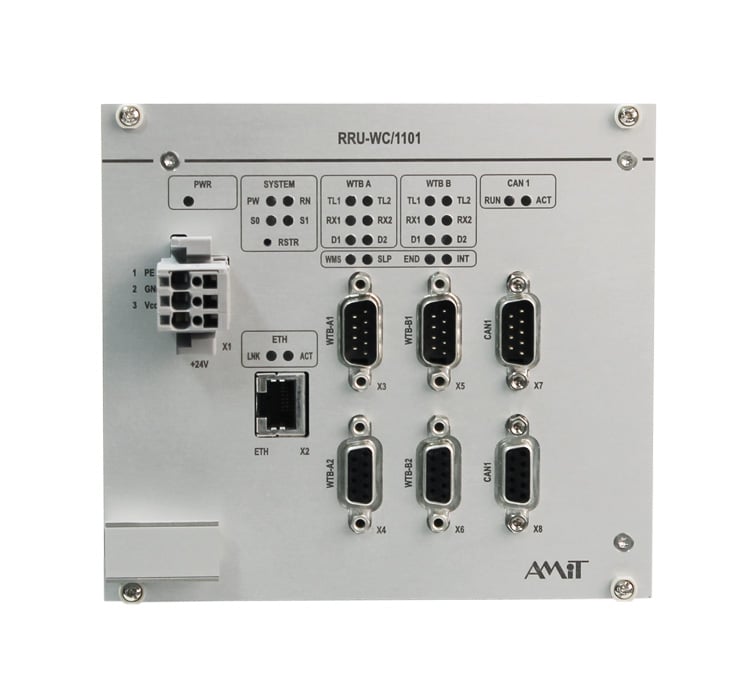 The ownership structure of AMiT, spol. s r.o. has changed

Dear business partners, We want to inform you that on 19.9.2022, the ownership structure of AMiT, spol. s r.o. has changed. A financial investment company CEIP (CENTRAL EUROPE INDUSTRY PARTNERS, a.s.), has entered AMiT, which has acquired a 70% [...]