JAPAN INSTITUTE OF IT visited AMiT

The delegation participants were particularly interested in history and AMiT as a traditional supplier of electronic components for rail vehicles and public transport. The Japanese delegation was very interested in passenger information system, Wi-Fi, TCN and TCMS components.

Following this meeting, AMiT extended its invitation to an exhibition in Chibe, Japan “Mass-Trans Innovation Japan 2019”, which will take place from 27 to 29 November 2019, where AMiT will be exhibiting at the joint EU-GATEWAY presentation. 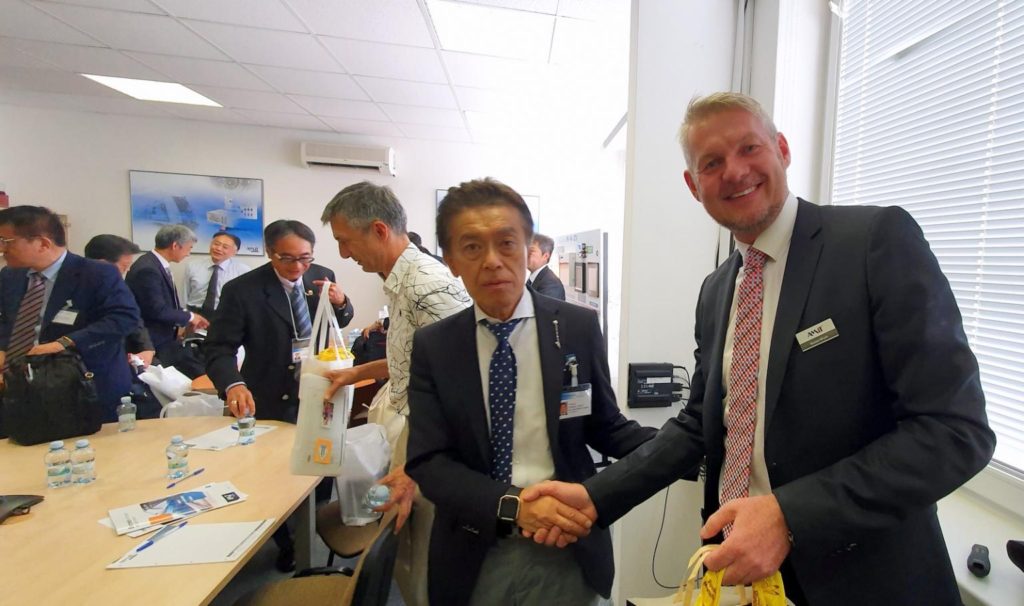 Following text contains detailed information that can help you understand what exactly means giving the consent to process personal data for marketing purposes of the AMiT company.

AMiT processes personal data for marketing purposes according to provided consent with processing of personal data. This consent is granted via agreeing to the Terms of Use located on the www.amit.cz website. According to the new European legislation regarding the protection of personal data (EU directive no. 2016/679) we need your consent to ensure that the offers and products are tailored for you and also to not spam you with offers that you might not be interested in.

This document contains specific only information regarding such consent.

Above-mentioned personal data are voluntarily given upon accessing our company’s website and creating your own log-in information. We create project webs for our customers that can be accessed only by defined user.